DECATUR – Around 8 p.m. on March 25, a train whistle sounded around the Crystal Lake area near Decatur. This was an unusual occurrence since most train engineers were whistling about 100 yards from any crossing, and there is no crossing at Crystal Lake.

As the lead locomotive passed under the Decatur Viaduct, the engineer sounded his whistle at the prescribed location. Slowly, the series of three locomotives appeared behind the parking lot of the Decatur police station. Shortly after, the mysterious cargo appeared as the engines crossed Roller Avenue heading south past the Decatur depot.

Between 50 and 75 flatcars were loaded with all types of military vehicles, from Humvees to M1083 medium transport vehicles to Oshkosh M1120 Hemtt heavy cargo transports. Behind some of the medium transport vehicles were several M198 towed 155mm howitzers, water tank trailers, generator trailers and a mobile kitchen. In all, there were 36 different types of military hardware, enough to support a headquarters company.

Since the Civil War, the Army has used flatcars to move its equipment from place to place safely and more cost-effectively than moving them in convoys. This system reduces excessive wear and tear on equipment and saves fuel, in addition to preventing the clogging of this country’s road network, according to the military.

The final destination of the military equipment on board this train was not known. 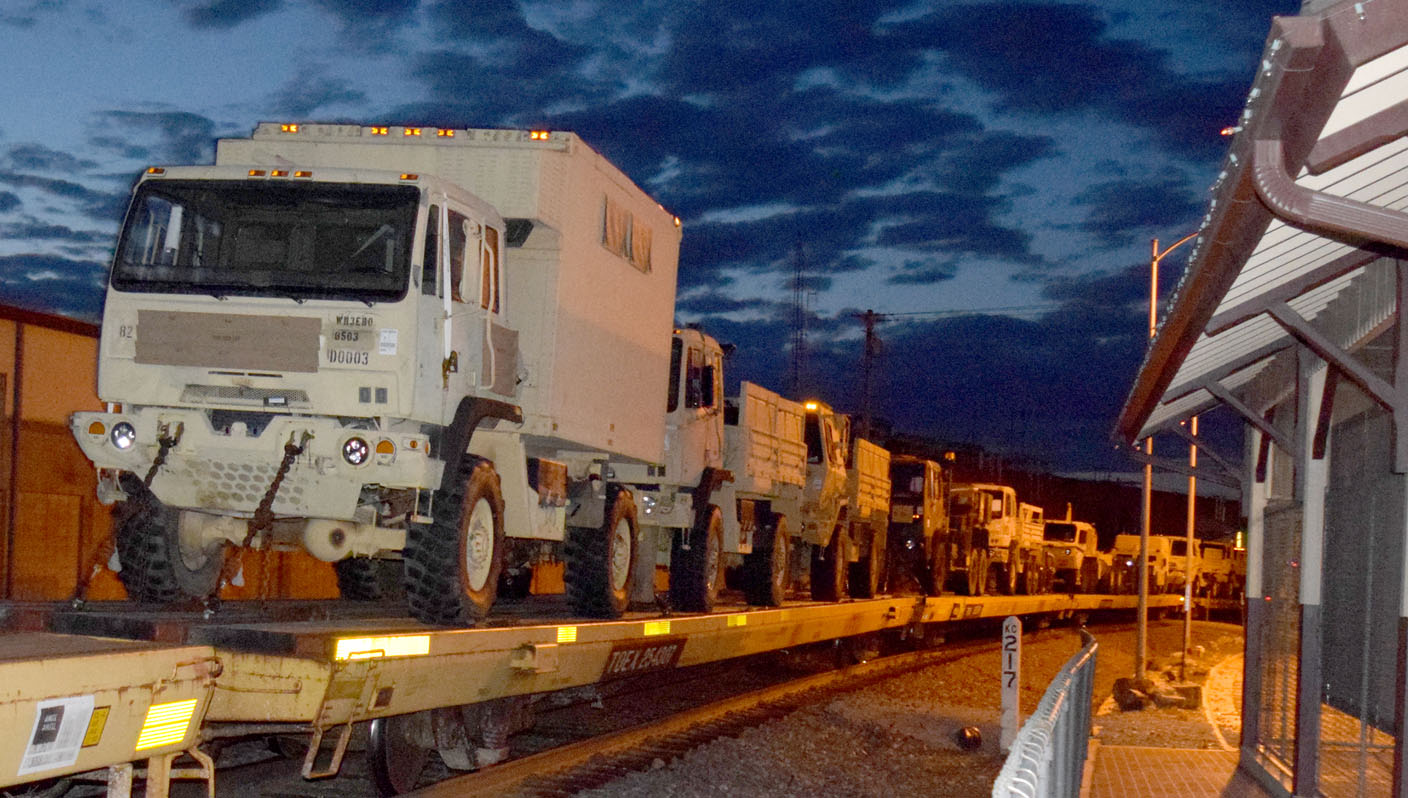