Leading engineering and consultancy group Systra was created in the 1950s when the engineering departments of SNCF and Paris metro operator RATP came together to offer transport expertise to the ‘foreign.

Known as Systra Group and specializing in public transport and mobility solutions, it now employs around 9,000 people and is operationally present in more than 80 countries.

As NCE, Systra has just entered its sixth decade in the UK but was not always known by that name. Systra UK & Ireland has its roots in the 1960s with the creation of three companies: AMV, which became MVA Consultancy; JMP; and the British Rail Design Group which became TSP Projects. They were later acquired and became the foundation for Systra UK & Ireland’s core capabilities – transport engineering and planning.

Jump into the 1990s and Systra UK & Ireland was a member of the team that successfully designed and built the first high-speed rail line in the British Isles – High Speed ​​1 (HS1) – the Under Tunnel rail link the Channel. Systra had a founding share in HS1’s engineering delivery partner for the design and construction of Rail Link Engineering with partners Bechtel, Arup and Halcrow.

Since HS1, Systra has worked on an impressive number of high-profile transport projects, including customer-side on Crossrail as part of the Midsection Project Delivery Partners team with Bechtel and Jacobs; move Gatwick Airport Station from feasibility to site support; East Coast Power Supply Upgrade; and several projects on the High Speed ​​2 (HS2).

Most recently he worked on part of the upgrade of the TransPennine route east of Leeds, known as TRUe, as an alliance partner.

For HS2’s Old Oak Common station, the company is part of the joint venture with Balfour Beatty and Vinci which is managing construction and delivery. For the main HS2 civil works, Systra is in a 50/50 design joint venture with Mott MacDonald providing the design of the drawings for lots N1 and N2, which
cover the Long Itchington Wood Green Tunnel to Delta Junction/Birmingham Spur and the Connecting Delta Junction with the West Coast Mainline, respectively.

It is clear that railway engineering is a fundamental strength, but Systra has much more depth. The company has over 100 UK-based specialists dedicated to net biodiversity gain; resilience and adaptation to climate change; and managing and mitigating the environmental and ecological impact of infrastructure projects.

On major road and rail infrastructure projects, specialists in regulation and land planning, ecologists, landscape architects, modellers and flood risk engineers from Systra covered everything from the design of drainage channels to watercourses to the passage of protected species such as bats and otters to the creation of new or improved habitats.

Systra’s transport planning and consulting team is made up of behavioral experts, data scientists, economists, market researchers, modellers, planners and urban planners who drive new methods forward and intelligent solutions that will meet the complex challenges of today’s real world. They regularly advise all levels of government; independent bodies including Transport for London, Network Rail and National Highways; and many transport operators; on strategic policy topics, from climate policy to the finer details on the right way to get more people to use sustainable modes of transport.

Interestingly, oil company BP turned to Systra for advice on diversifying its business model given the emergence of the electric vehicle market.

As another example of its far-reaching work, the company cites a recently completed major study for the Department of Transport in Ireland looking at potential transport demand management measures in Dublin, Cork, Galway, Limerick and Waterford.

These measures aim to influence and change travel demand patterns and encourage more efficient and sustainable use of transport. As part of the study, a series of transport demand management (TDM) measures were examined using knowledge of international best practices as well as the engagement of national and local stakeholders. 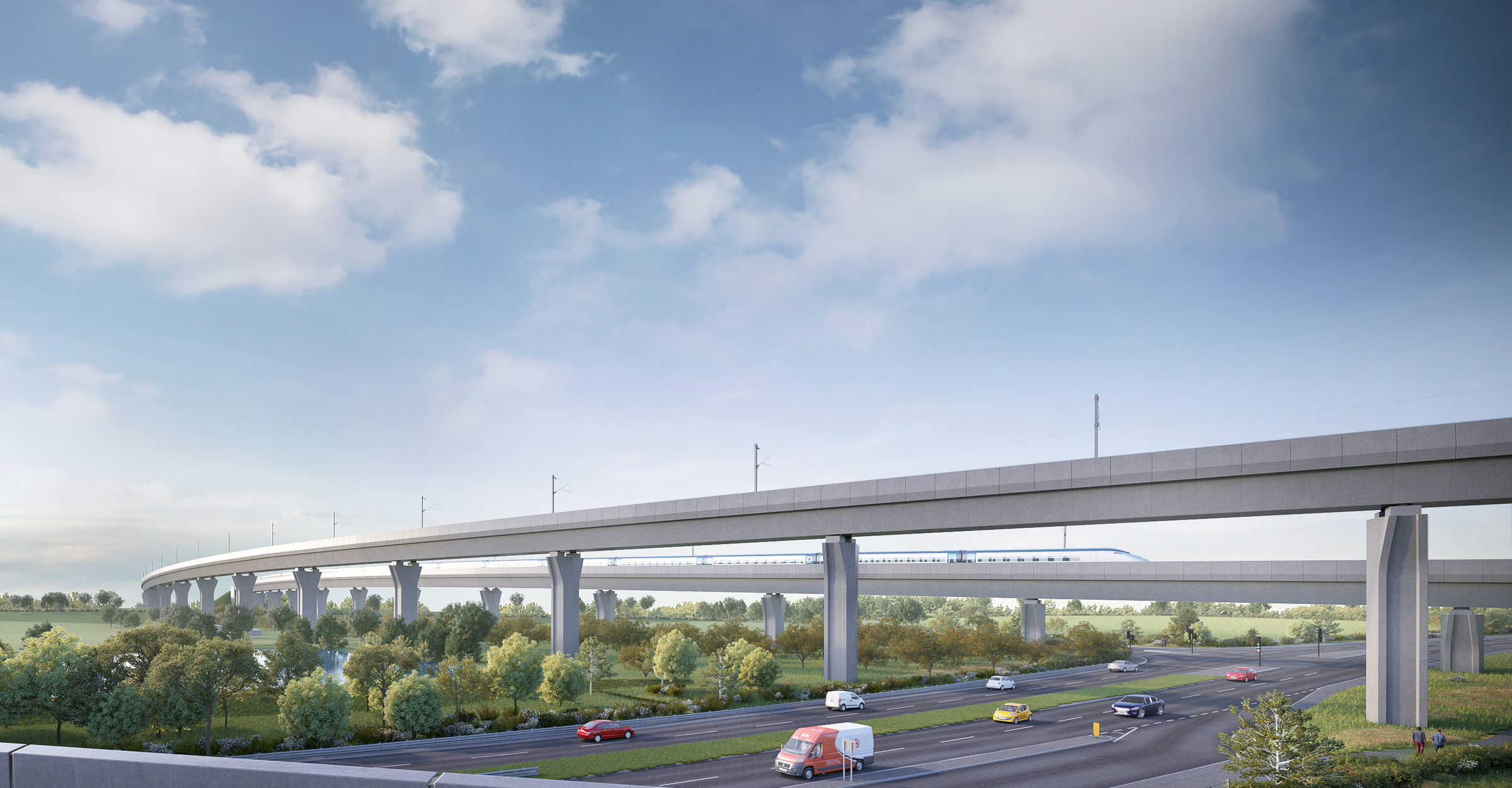 The company is working on several HS2 schemes

The company has also been mining data to create smart tools for larger projects for many years. Its CarbonTracker tool was specifically developed to influence designers’ thinking when selecting materials and sizing components, and to monitor carbon emissions at every phase of a project. The tool is now being rolled out to live projects.

Systra’s spirit of research and development has brought out ideas from all areas of the company, with its annual “Spark” intrapreneur program. This encourages innovation within the company, acting as an investment catalyst to transform ideas
in reality.

SafebyBIM is currently being deployed as part of the TRUe project.

Managing Director of Systra UK and Ireland, Nick Salt, has grown the business since joining in 2019. He has ambitions to expand his portfolio in the UK and Ireland, but organically and a way that keeps in mind its solid and established creative reputation.

“As we grow and adapt our business to the world around us, tackling the climate emergency and our dependence on fossil fuels will undoubtedly be our top priorities,” says Salt.

We focus on creating inspiring places that improve mobility

With expertise ranging from strategy and early planning to delivery and asset management, and a global support network, Salt believes the company is well positioned to help customers facing security issues. complex infrastructure.

According to Salt, companies like Systra have an important role to play in solving the most important problems.

“The UK and Ireland is one of the most densely populated regions in Europe,” he says. “We live in the middle of transport and infrastructure – surrounded by bricks and mortar, commercial developments and road and rail networks. Infrastructure defines how we live, how we interact with others, and how we think about our world.

“It is the landscape that Systra seeks to change for the better. Adopting a sustainable and holistic approach, we focus on creating inspiring places that enhance mobility, well-being and a sense of place.

Do you like what you read? To receive daily and weekly New Civil Engineer newsletters, click here.