The organization provides helicopter and jet flight training simulators to the United States Air Force, Army and Navy, as well as the Royal Airforce of England, modifying training elite pilots and revolutionizing the world’s most famous fighter and weapons pilot schools.

And it all started with a Gold Coast and Lego helicopter flying lesson.

While on a family vacation on the Gold Coast, Ryan took his first helicopter flying lesson. Back home, he was determined to practice his skills, so he invented a simulator.

He saw a need for helicopter simulators that were better than play equipment, but without the exorbitant costs of high-end simulators. 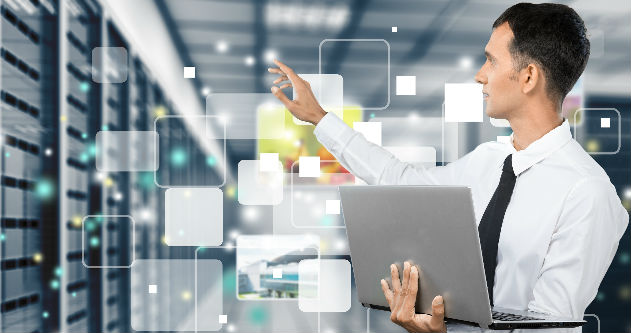 “The very first prototype was made with a gaming joystick that literally split apart, rewired, and built into an office chair with lots of tape and questionable solder,” Ryan said.

“When I wanted to design new concepts, I used Lego that I requisitioned from my parents. However, over time, I taught myself to model using building blocks. 3D computer aided design (CAD), so now I’m afraid the Lego has taken a step back and is back to the grandkids.

Ryan Aerospace hit the afterburner when it exhibited its first virtual reality trainer at a trade show in Rome in 2012, followed by Ryan moving to the Gold Coast for good.

“The Gold Coast is an ideal location for a business like ours,” said Ryan.

“We are close to all of our support departments such as fabricators, laser cutters, powder coaters, electrical suppliers… It’s also close to universities, which is a great place to get advice and find talents. Finally, it’s just a good place to live. The lifestyle is just fantastic.

As the pioneer of the next generation of flight training devices that leverage virtual and mixed reality technologies, the company has experienced a high-speed rise since its move.

“We could see early on that this kind of technology was going to be a game changer and disrupt the industry,” Ryan said.

“One headset, worth less than $1,000, could replace many screens, projectors, projector domes and PCs, while providing a truly realistic and immersive experience.

“Another thing you get with VR that you can’t get with front-facing screens or projection domes is 3D stereoscopic depth perception, which provides yet another layer of immersion and realism. .

“We are currently working on mixed reality solutions where part of what you see in your headset is virtual reality and part is real. This is particularly useful for allowing the trainee to interact with controls and instruments in the cockpit.

Ryan Aerospace continues to supply a series of contracts awarded in 2021 for nearly 300 fighter jet and helicopter training simulators to the US Air Force.

The simulators are part of the innovative new program, known as “Pilot Training Transformation,” to address the shortage of US Air Force pilots and flight instructors capable of providing one-on-one training to students.

As part of a consortium, Ryan Aerospace won the job over multibillion-dollar competitors by developing a modular, reconfigurable flight training simulator that could be modified to represent a number of fixed-wing aircraft and different rotary wing.

Ryan said the military market has since taken off, adding the added bonus of trainee fighter pilot safety as well.

Among other contracts, Ryan Aerospace is supplying more than 30 HELIMOD Mark III helicopter simulators for the US military at Fort Rucker, Alabama, which is the largest helicopter training facility in the world.

“Preparing students for flight in the simulator is very useful and is seen as a way to reduce risk in the real aircraft because students are already familiar with the cockpit, procedures, flight controls, rules around the airfield,” Ryan said.

This article was first published by New tracks.